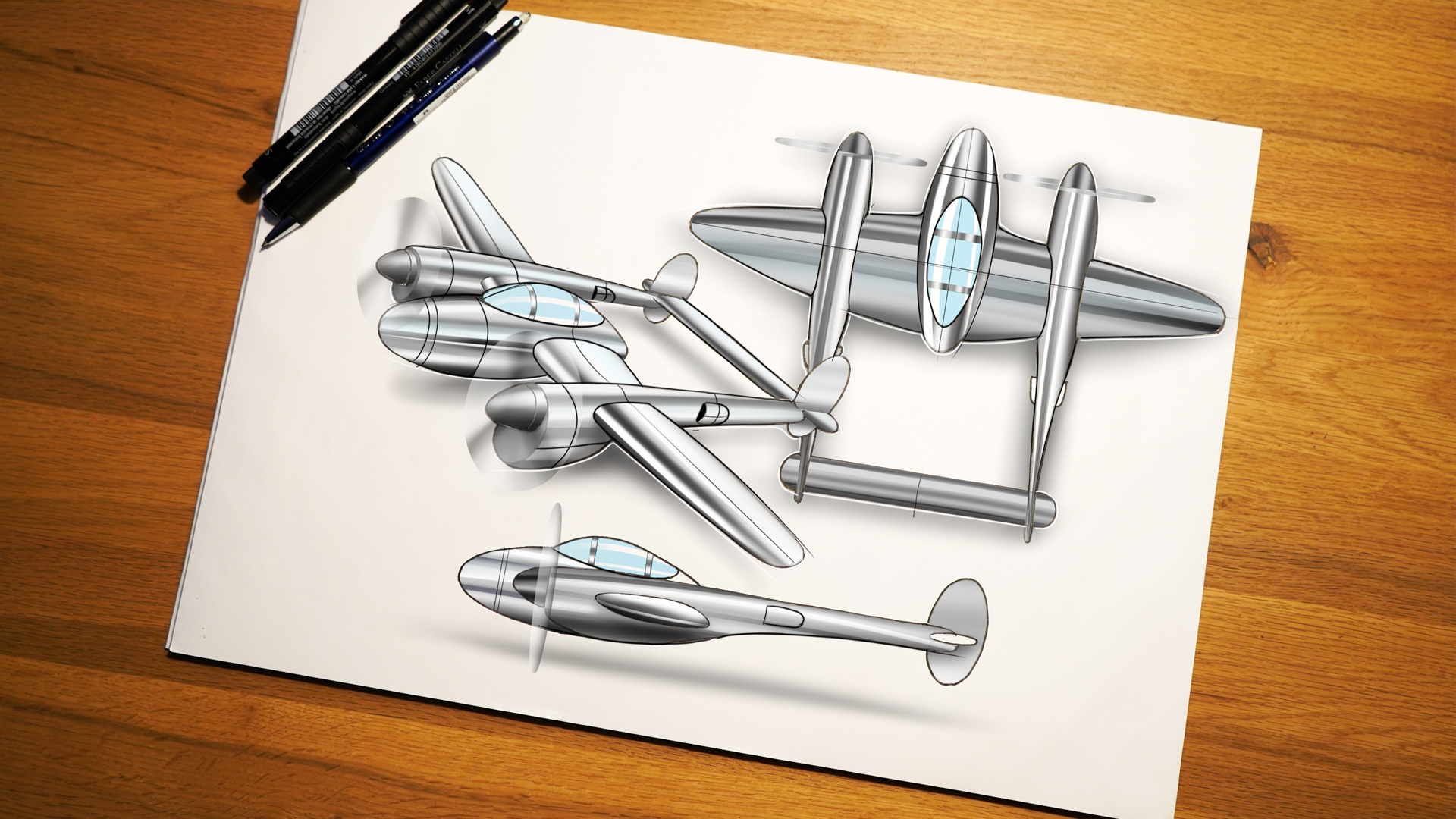 "Danger Darrel" will incorporate several different airplanes the player will need to unlock throughout the game. Here is one of the first planes I decided to incorporate into the game and would like to share with you the process in the upcoming days.

Before heading into the 3D modelling development for this airplane used in "Danger Darrel", I decided to first create a sketch reference to use in the later modelling process

For this particular sketch, decided to merge analog and digital sketching. I started off by sketching out the proportions by hand and using a bold pen to outine the shape.

Rather than scanning in the page, I decided to take a picture and start shading the airplane in Sketchbook on iPad over the taken image. I think this creates a really cool effect and adds a certain realism to the sketch.

The next step was to start modelling the airplane in Blender 2.8 using the sketch as an undleray. Check out the video below for a speed run on the process.

I found the underlay extremely helpful to get the first rough shapes outlined. The actual proportions and adjustments were then made in the actual 3D process.

At the end of the video, I have a short clip how the plane looked like with Eevee. In this clip, I already tried some first texturing with Substance Painter and will try to share some process with Substance in the upcoming days (It is a great tool in my opinion to create variations of textures for 3D models). The result below is a render with the texture created in Substance Painter and rendered in Blender Cycles 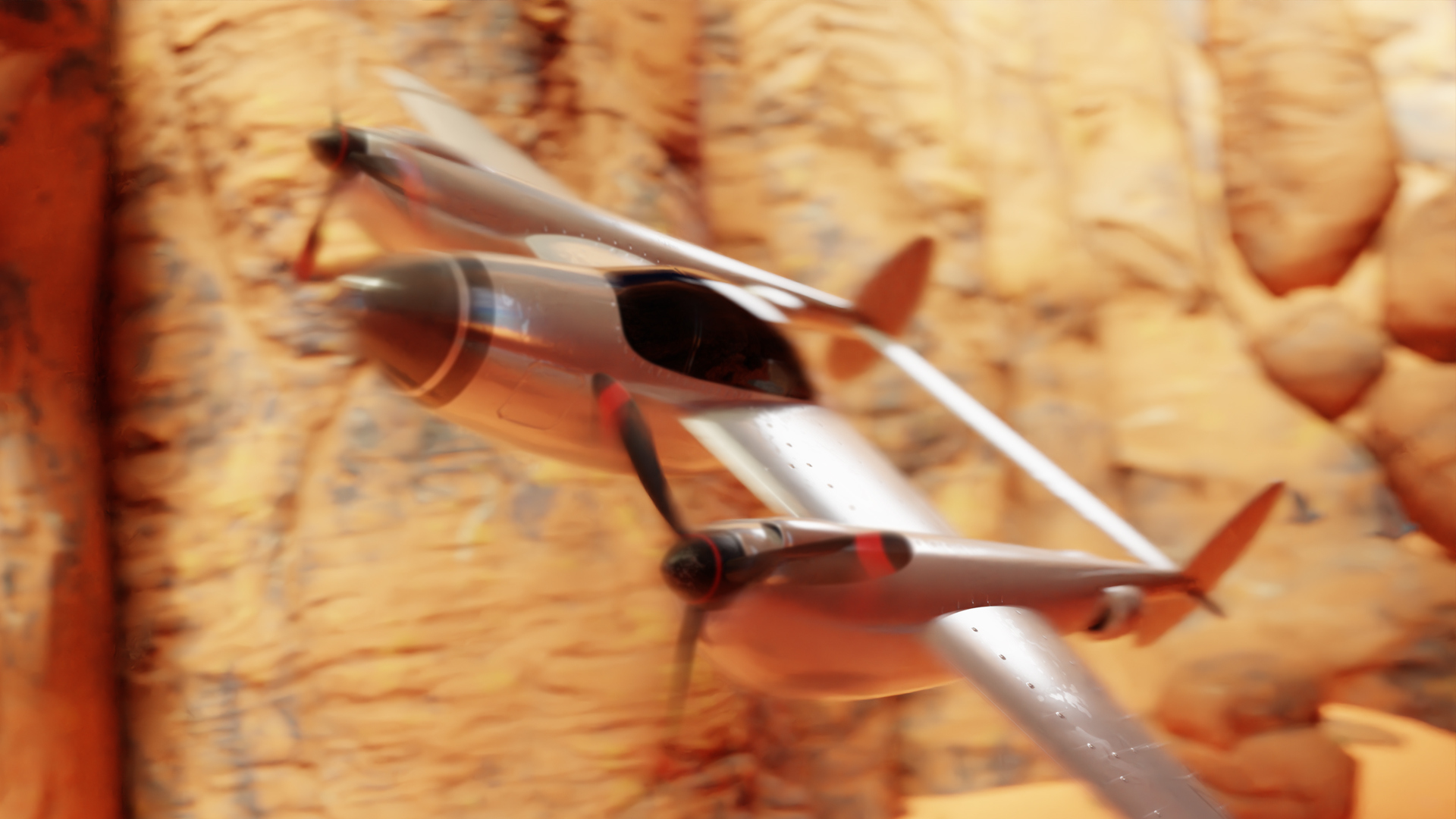 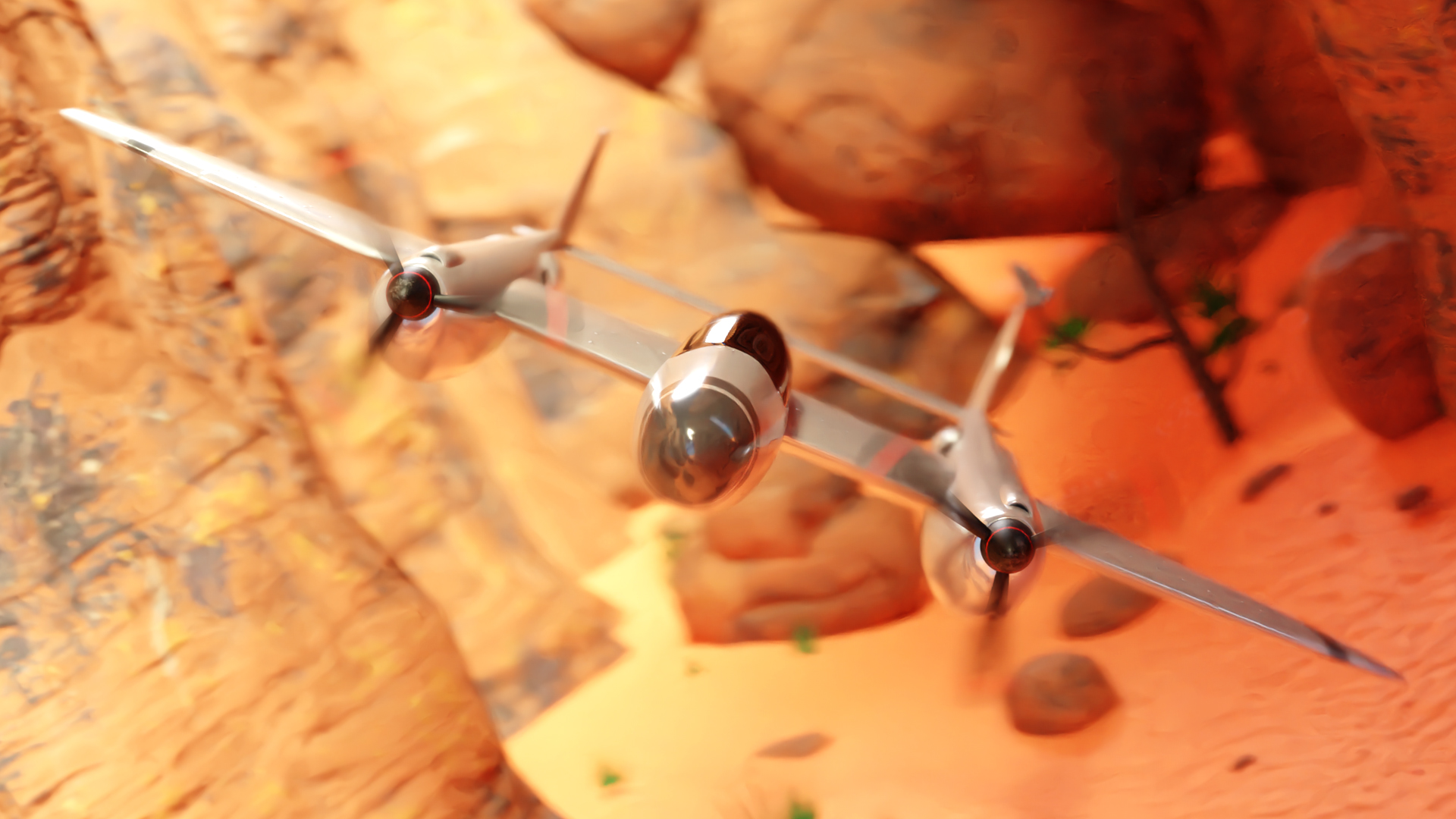 What airplanes would you like to see in the game?

I would love to hear your ideas! Feel free to drop a comment or message!