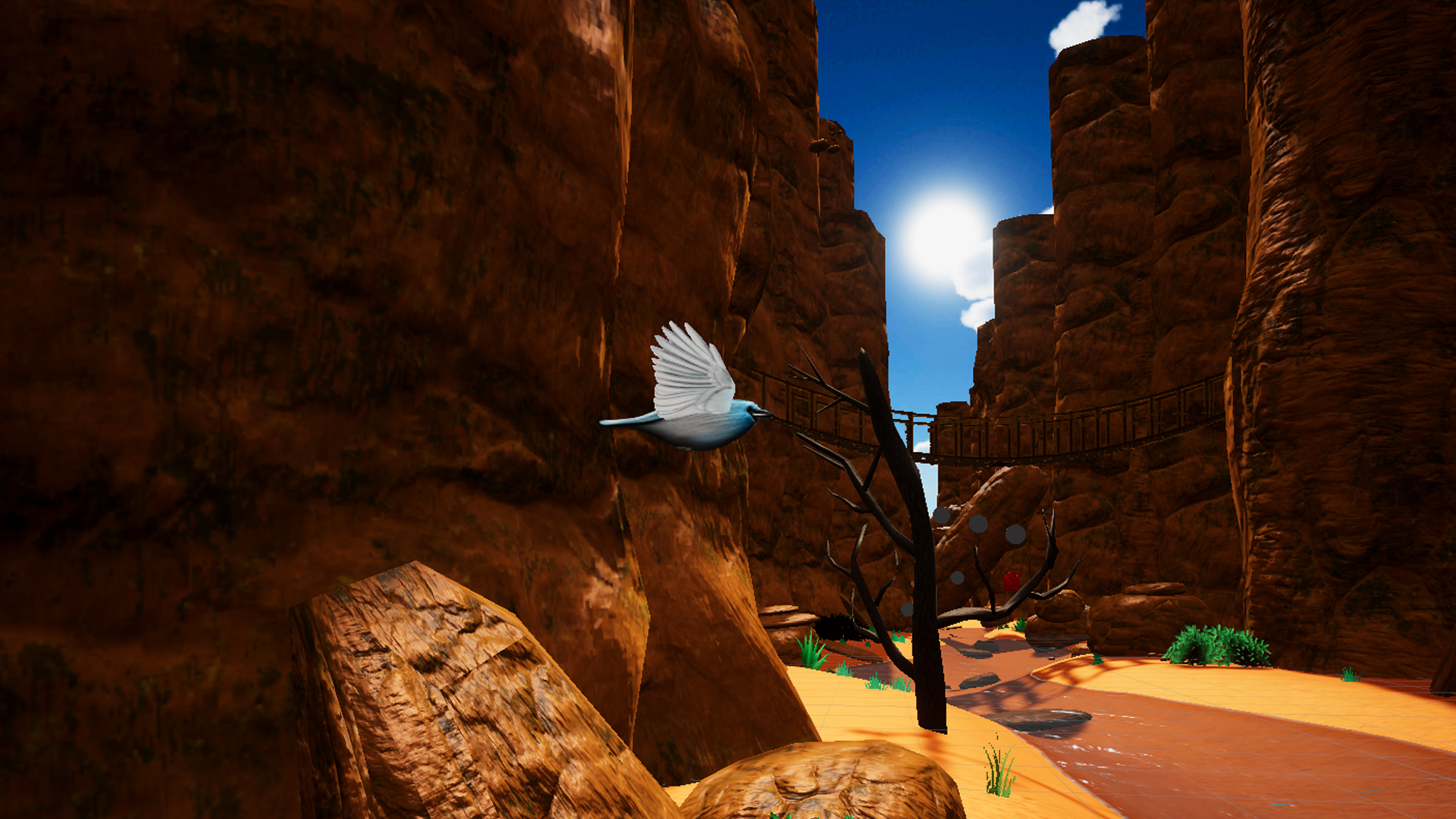 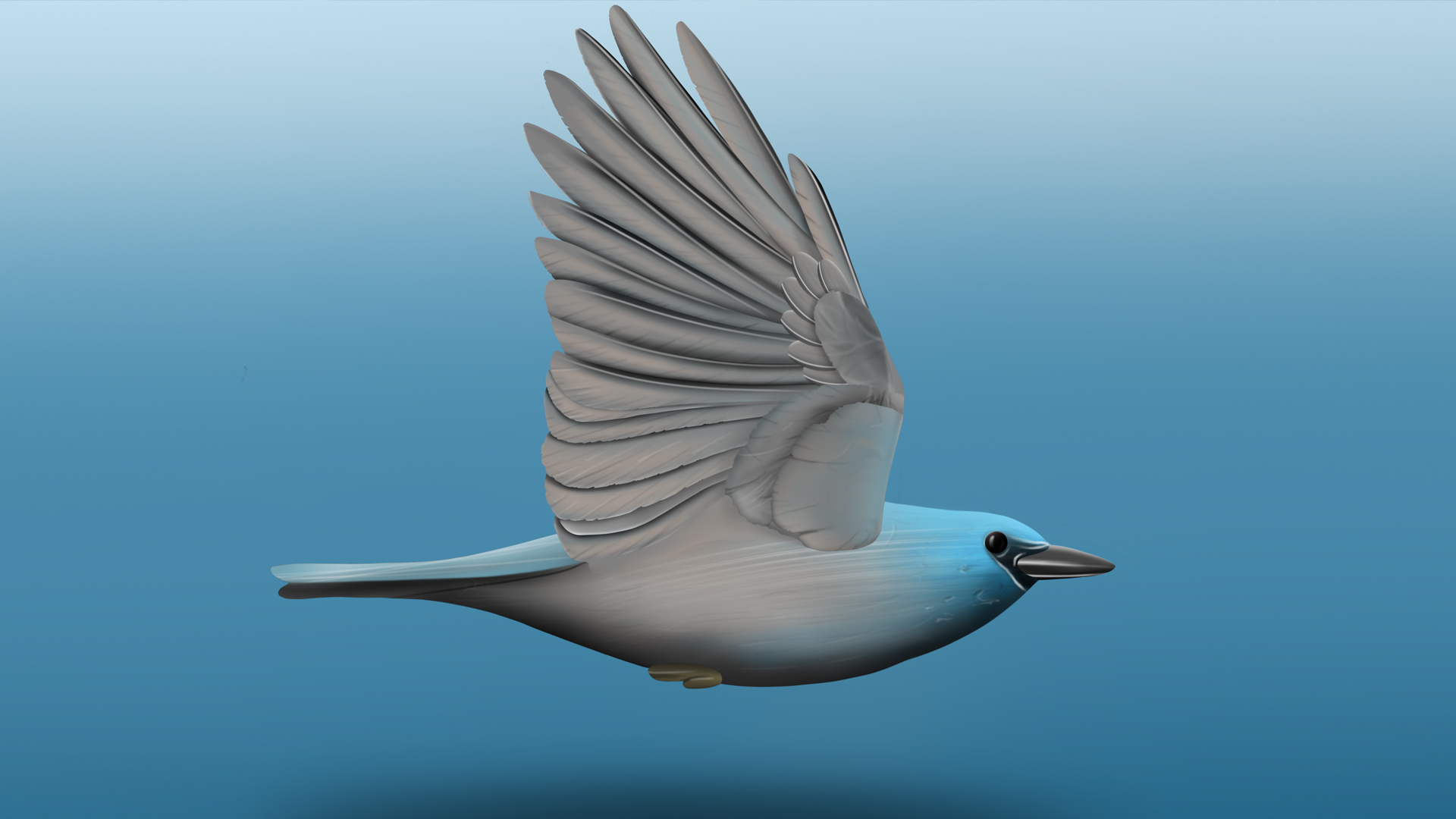 Following the previous post of creating a shader to simulate the wind movement on plants, it was time to create an animated bird to fly through the canyon valley.

In order to achieve this, the first step is to acquire a bird texture. For that, a sketch of a Pinyon Jay was created in Sketchbook on iPad Pro. A speed run of this process can be seen in the video below

When exporting the final sketch, it is important to separate the sketch into two independent textures. The body of the birds and the wing(s). The idea behind this is to then apply a shader developed in Unity shader graph only to the wing, simulating the wings flapping.

Once happy with the sketch, the texture PNG's were imported into Blender 3D and applied to simple planes. This is needed to get the right proportions and undertake possible UV layout adaptions. Here there were also two planes used (for the body and the wings).

The last step was to import the textures and planes into Unity. The shader got the properties to adjust the wing range (how high/low are the wings flapping) as well as the speed. This makes the shader universal and can be applied to different kind of birds that have various flying behaviours.

If you are planning to use these game assets/materials multiple times in your scene (instancing), then shaders are a great tool to increase your games performance.

I would love to hear your ideas and thoughts! Feel free to drop a comment or message!